The Buell Hypothesis examines the cultural assumptions underlying the "American Dream" in the context of the foreclosure crisis, suburban sprawl, and the architectural public sphere.

The book takes the form of a screenplay, positioning the American Dream as an all too familiar “film” which can only be sufficiently rethought by shifting the conversation toward a philosophical debate about its most entrenched underpinnings. It includes a series of case study sites, selected using a combination of quantitative and qualitative criteria, that are representative of the challenges facing municipalities nationwide. Each of these examples offers a somewhat different context in which one could find radical and thoughtful ways of testing the hypothesis in its most basic form: Change the dream and you change the city.

The book includes an archive of Buell research that gathers evidence of the history of public discussion and debates about public housing since the New Deal. The multi-media collage samples from news media, popular culture, academia and government documents to provide a survey of housing design and policy via the public debates through which they were invented. The sequence reveals the contested values and visions that have defined American culture and shaped its cities for decades.

Copies of The Buell Hypothesis are available for consultation in Avery Library at Columbia University and other Architecture libraries around the country.

This project is supported in part by an award from the National Endowment for the Arts. 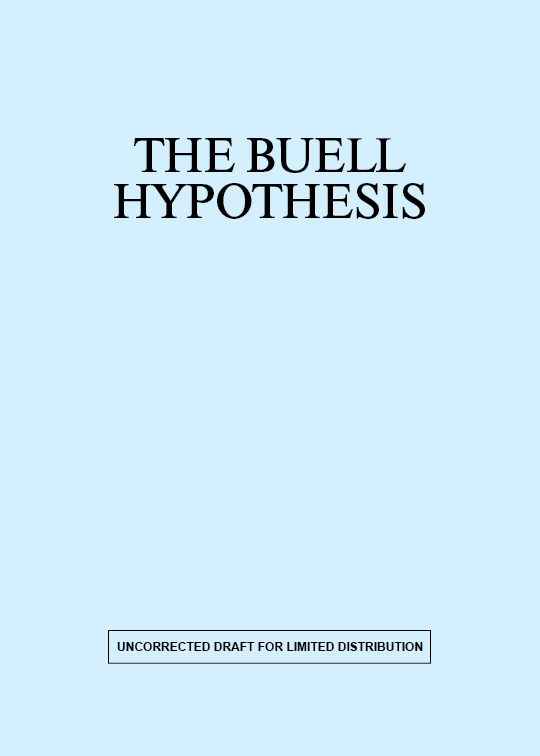