The Project of Autonomy radically rediscusses the concept of autonomy in politics and architecture by tracing a concise and polemical argument about its history in Italy in the 1960s and early 1970s. Architect and educator Pier Vittorio Aureli analyzes the position of the Operaism movement, formed by a group of intellectuals that produced a powerful and rigorous critique of capitalism and its intersections with two of the most radical architectural-urban theories of the day: Aldo Rossi’s redefinition of the architecture of the city and Archizoom’s No-stop City. Readers are introduced to major figures like Mario Tronti and Raniero Panzieri, who previously have been little known in the English-speaking world, especially in an architectural context, and to the political motivations behind the theories of Rossi and Archizoom. The book draws on significant new source material, including recent interviews by the author and untranslated documents. 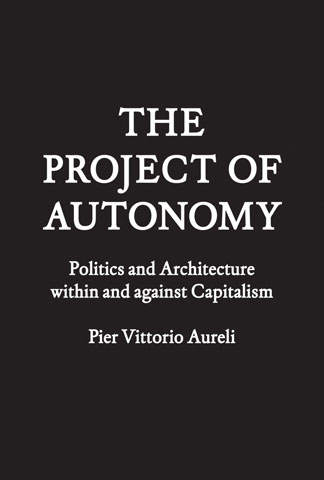